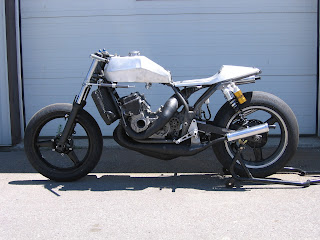 A CMR customer from the UK contacted us in 2016 and asked us if we had ever built a replica of the Kenny Roberts 'Miler' flat tracker from the 1970s. We had built a couple of these bikes as Denis had first-hand knowledge of the bike that was built for Stevie Baker at Yamaha Motor Canada in 1973/4. 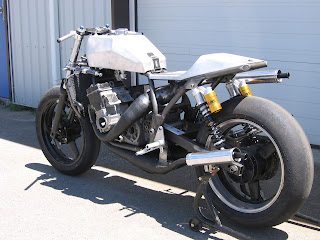 After several conversations with our customer, we realized that he was not looking for a race bike that went around oval dirt tracks in an anti-clockwise direction, but rather wanted a UK and Euro pseudo-road race bike which would corner to the right and to the left during an ascent of an European hill-climb mountain event. So the bike was to end up like a 'Motard' that runs on pavement and dirt and needs to be able to corner both ways. In the UK these hill climbs are called 'twisty sprints.' 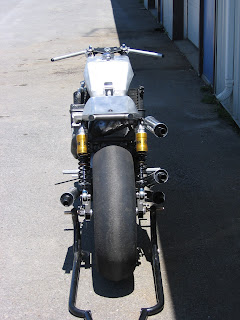 Here is what CMR came up with - at this point the bike is not finished, but will be used 'in anger' later this season. Of note is the full road race expansion chamber system that we use on our I.O.M. Classic TT race bikes but it is equipped with an aluminum 'Champion style' fuel tank and aluminum seat, as these races are sometimes only 1.5 kilometers long. The race is against the clock. 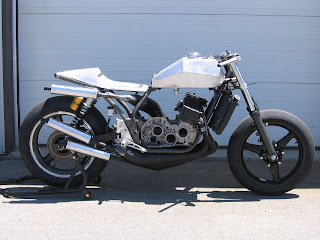 We can't wait to see how well this bike performs in places like Switzerland, France and Italy. It will use treaded, not slick tires, but we put these road race wheels on to ensure the geometry of the bike was correct. In this type of racing, brakes are used on front and rear wheels. 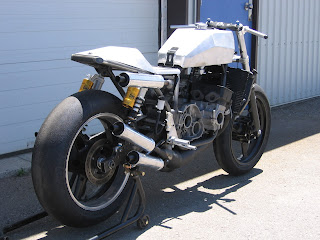 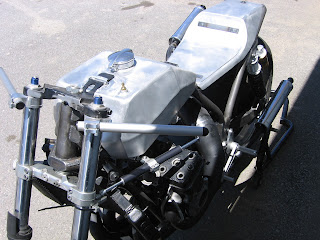 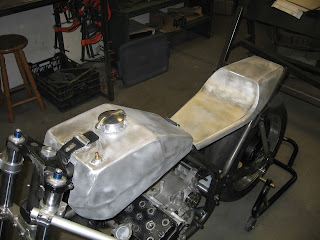 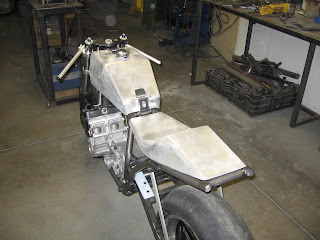 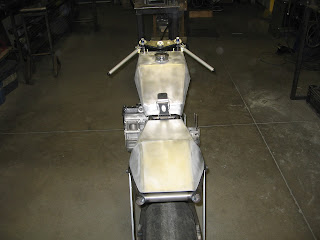 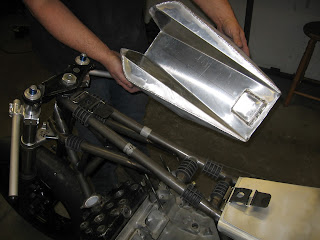 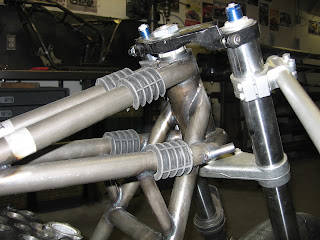 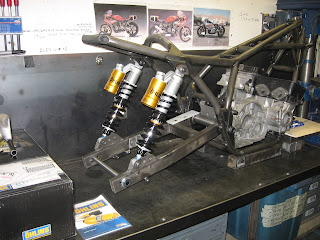 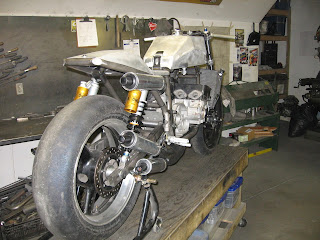 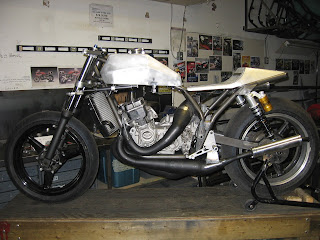