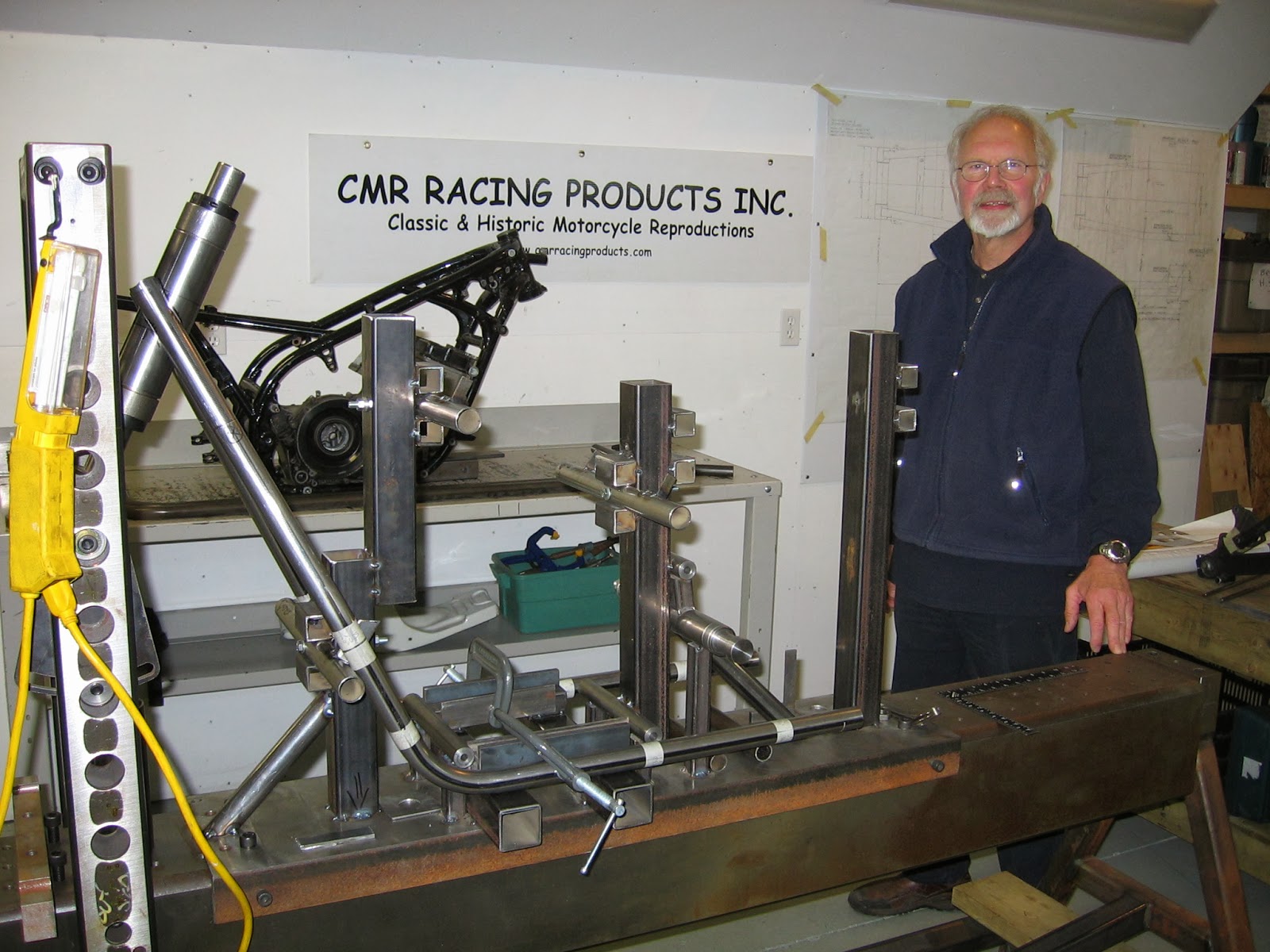 Challenges bring opportunities, they say. Global currency fluctuations have created a situation where the Canadian Dollar is currently valued well below parity with the U.S. Dollar, and the same situation exists with other world currencies. We are told this is a six-year low for our Dollar, but no explanation seems to be forthcoming!
We are a small but proud Canadian Company and export most of our product abroad. This current low value of the Canadian Dollar creates a very advantageous situation for our Australian and New Zealand, UK and Europe, and US customers (in short, anyone not living in Canada!).

While our currency value is so low, and until the value rebounds, this represents an approximate 11% saving on any orders placed with CMR Racing Products Inc.

So, just a thought. If you have been considering the purchase of one of CMR Racing Products' racing frame and swing-arm kits, aluminum fuel tank kits, or any of the other products we supply, now is the time. It's a real cost saving of approximately 11%! And who can refuse that? Still plenty of time to get ready for the Northern hemisphere racing season, and for folks down under - time for future winter racing projects!

We at CMR always strive to provide the fastest turnaround time possible to our valued customers.

Watch out for some exciting new additions to our frame kit and tank line up happening soon, including Suzuki XR69 replicas in twin shock and mono-shock, Honda RS1000 twin shock replicas, and Rickman Kawasaki four and Rickman Triumph triple kits.

Buy now and $ave!
Posted by CMRracingproducts at 13:37 No comments: 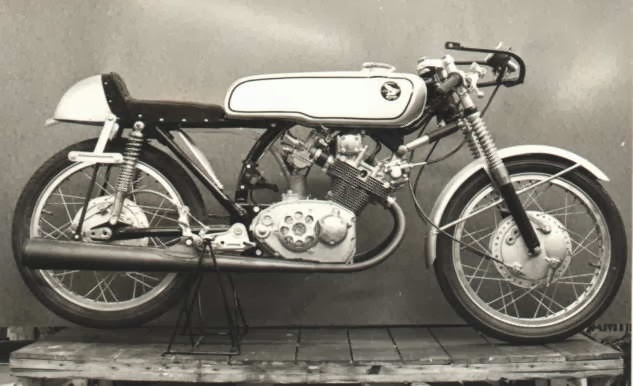 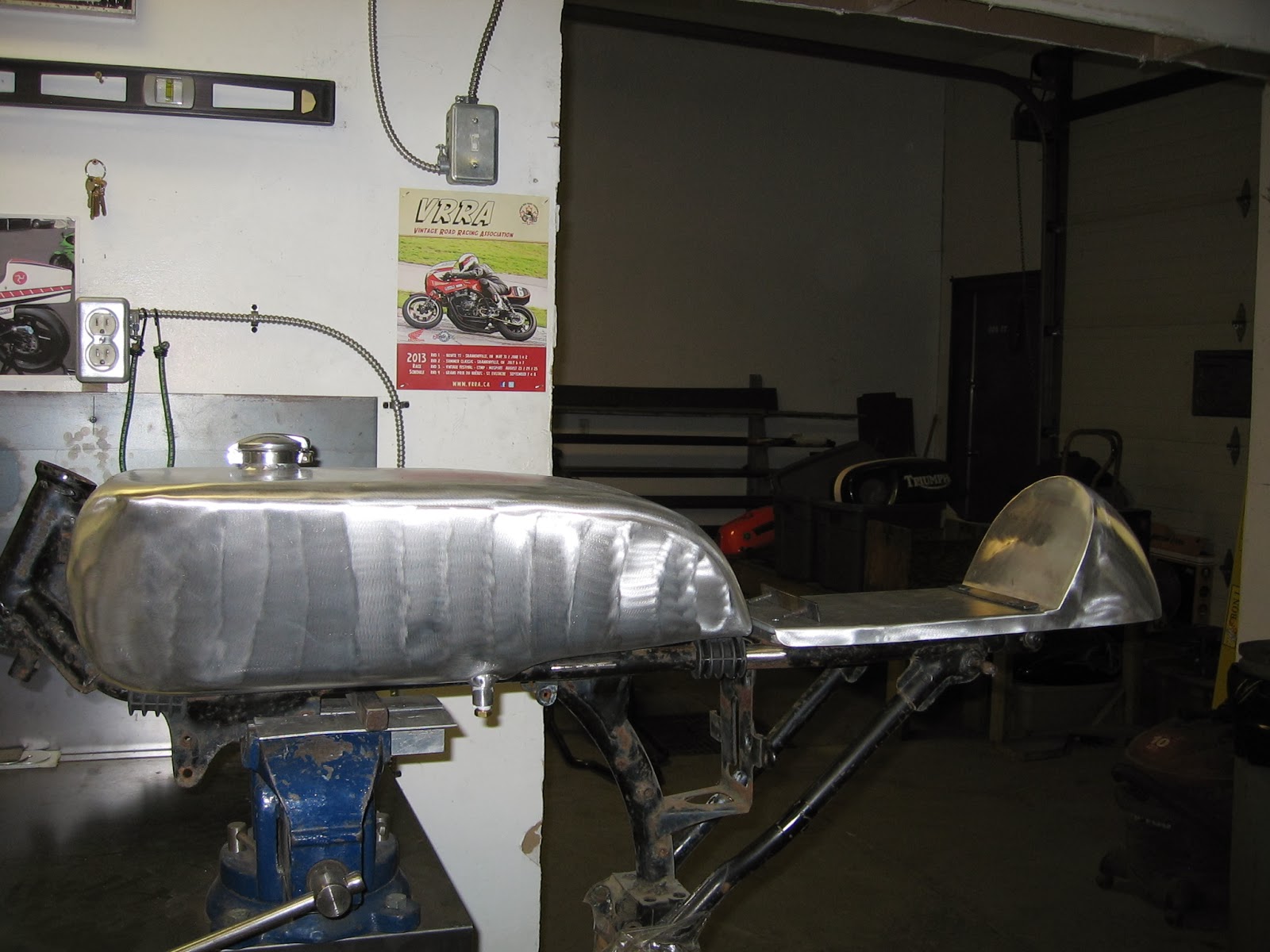 We supply quite a few CR93 replica aluminum fuel tanks and seats to fit various Honda period motorcycles. CMR carries an inventory of original frames, fuel tanks, engines, etc. to enable us to accurately produce correctly fitting replica parts to order. We have an original CB160 frame supplied to us by Mr. Bert Lilley of Canada, one of the leading CR93 replica specialists in the world.

In this case, Mr. Oedell had an early Honda CB160 frame and wanted us to make the tank and seat feat onto his frame. W 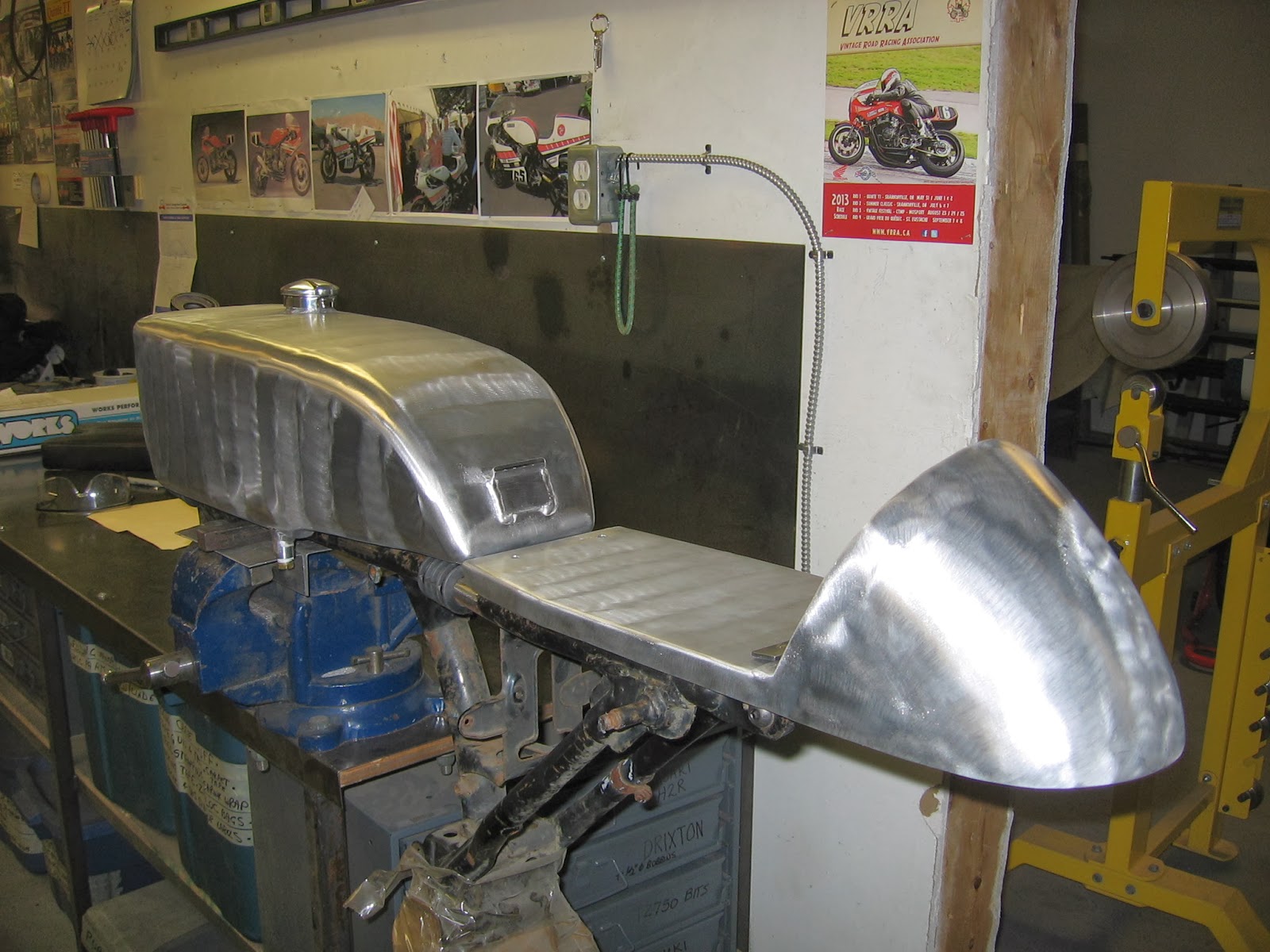 Mr. Oedell was particular in requiring the shape of the tank and seat to be exactly the same as the original works Honda racing CR93. These pictures show how close we were able to meet his desires. 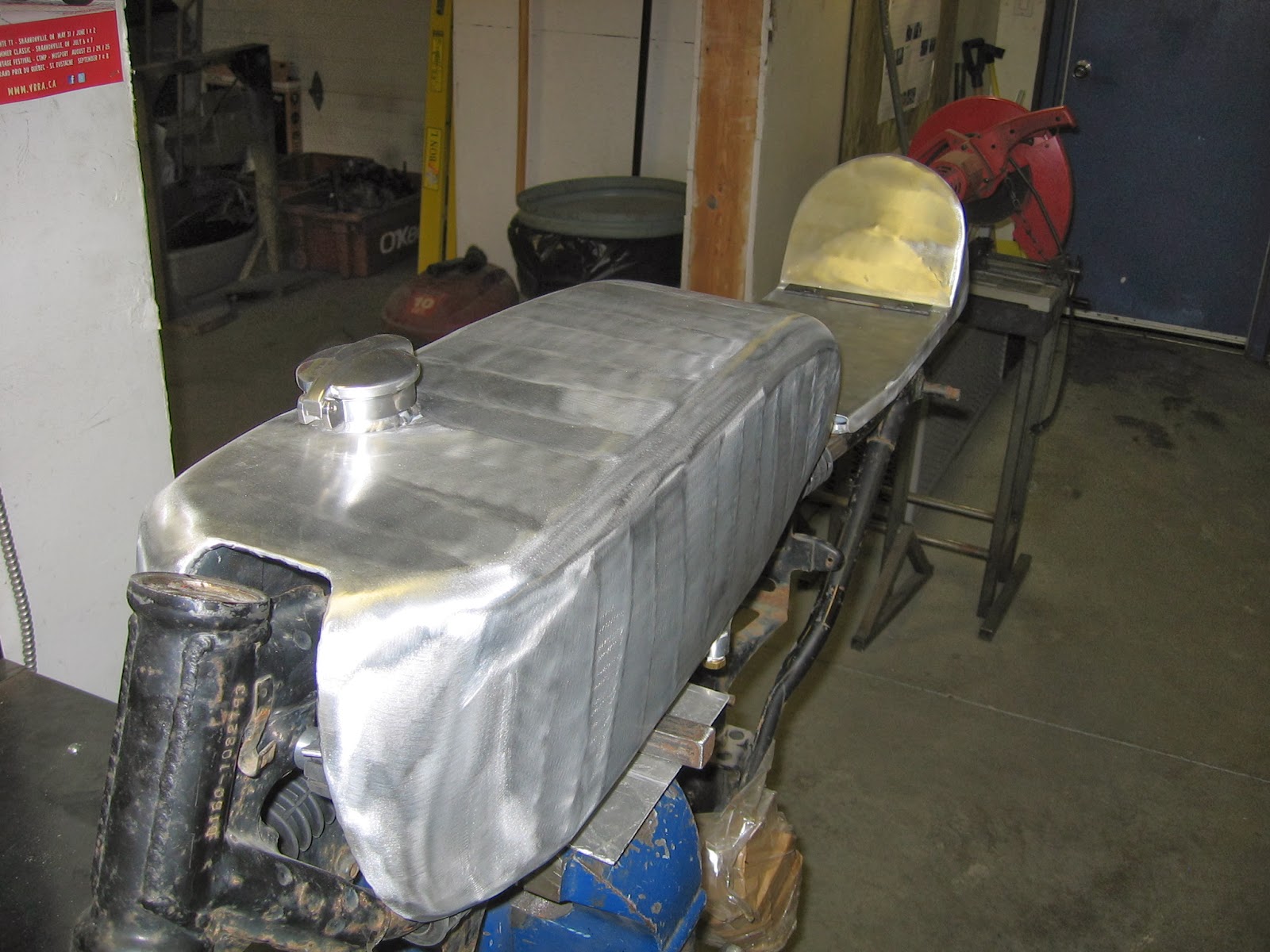 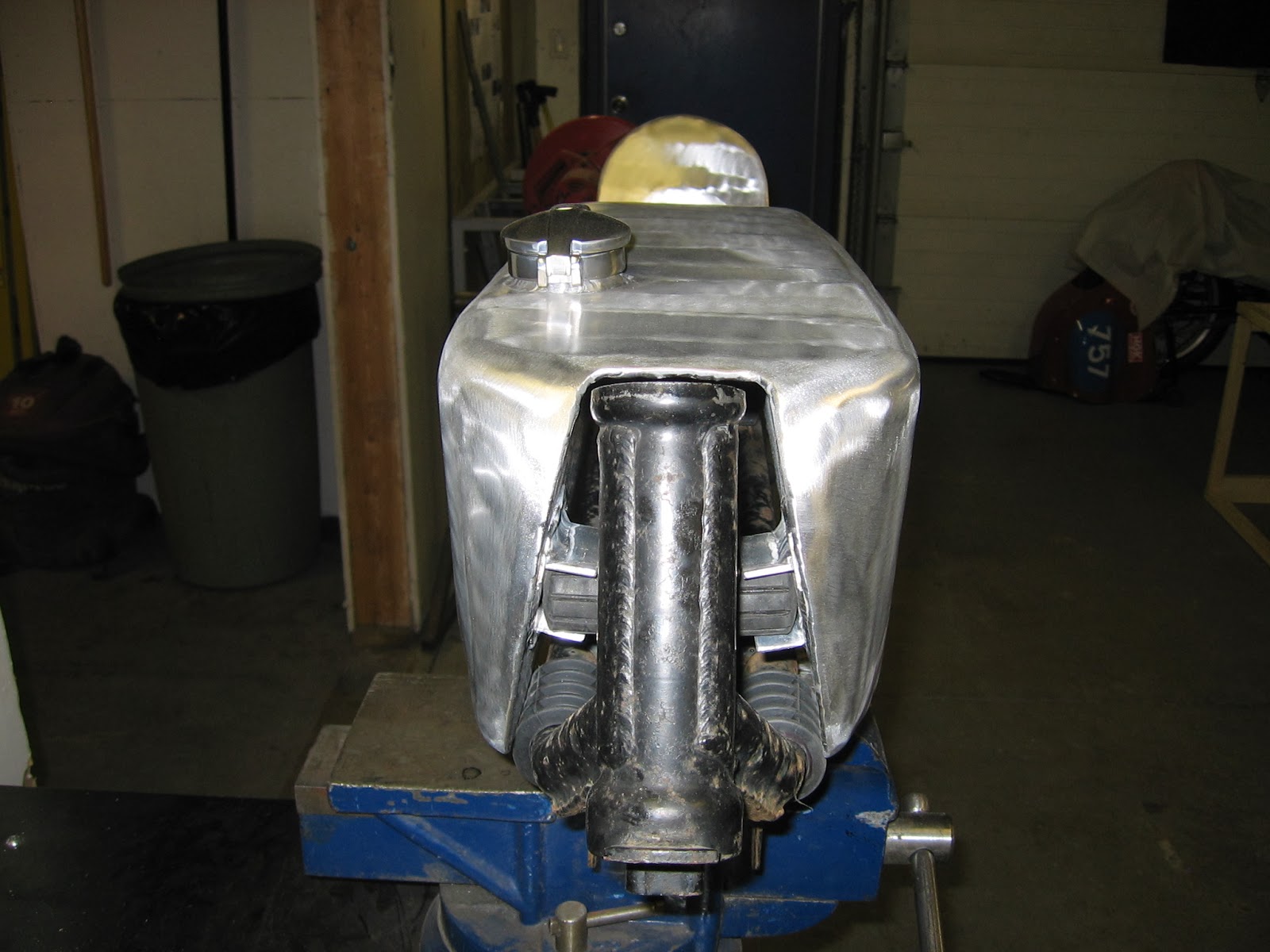 Here is a front-on shot which shows the flat portion on the top of the tank just like the works tanks. We used on this one a two-inch Monza aluminum flip-top period fuel cap. We also use genuine Honda rubber front fuel tank mounts as they are still available.

The radius on the back of the racing seat is very hard to produce on an 'English wheel' or by hand, but we feel this seat is next to perfection. You will notice on the rear of the tank that we supply a pull-down strap while on the original CR93 tank it was just a rubber band. It is actually a Yamaha fuel tank pull-down strap and they work perfectly. 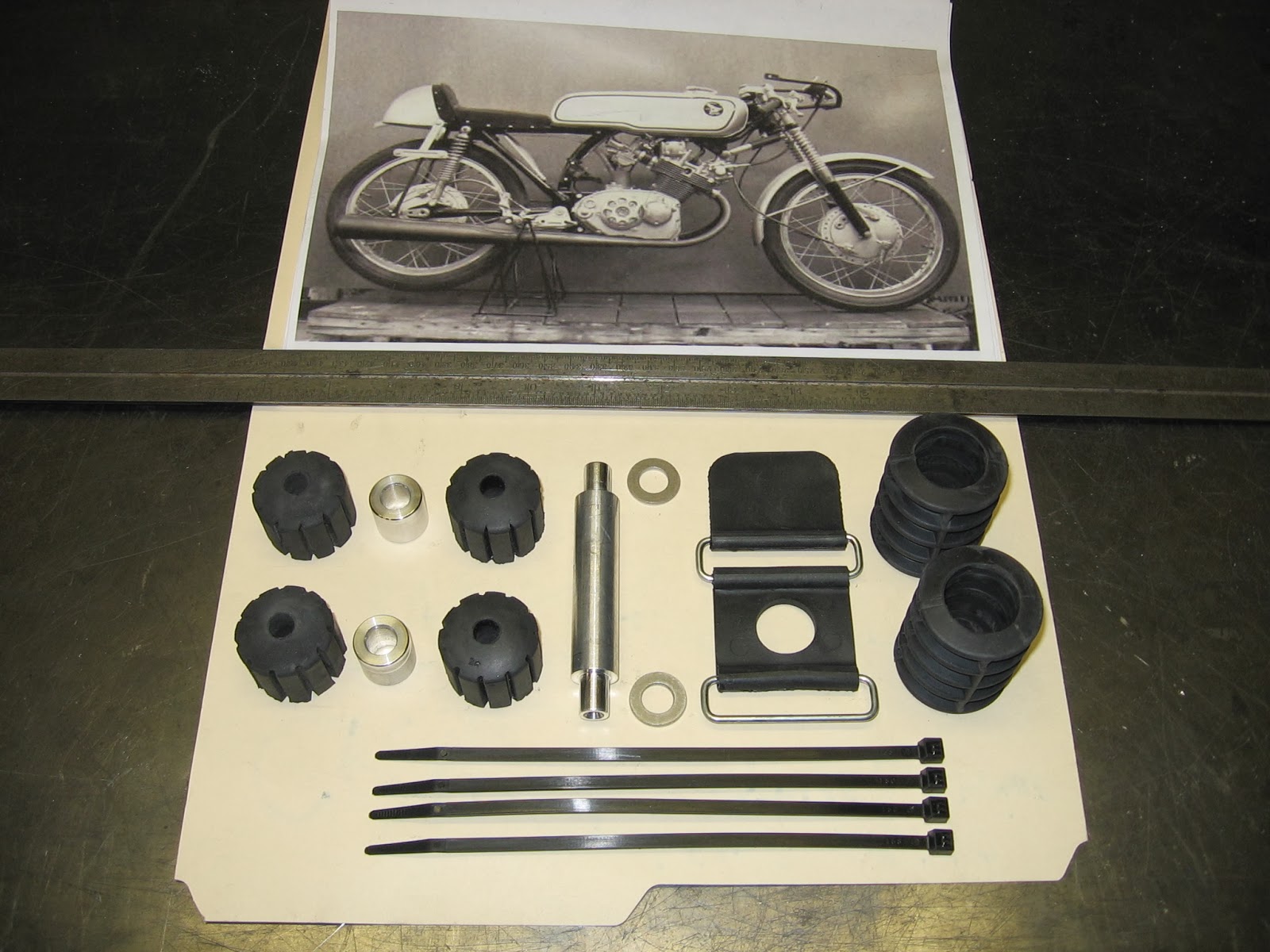 Here we show the kit of parts for mounting the tank. CMR customers regularly tell us how delighted they are with the detail parts we supply with our kits - everything for assembling the project!

Mr. Oedell asked us to provide an inner rear fender/mudguard/splatter-shield similar to the CR93 unit for his CB160 project. As you can see it's a U-channel with side flaps and is bolted at the bottom and zip-tied at the top to the CB160 rear frame rails. When you compare it to the works CR93 it comes very close.

We shipped the CMR tank and seat to Mr. Oedell in January. Prior to shipping, we sent him some photos. He responded (as our customers so often do) with "That looks awesome! Thank you for the pics, super excited. Ha-ha! Can't stop staring at it! Wow, you guys are good!"

Great working with  you Mr. Oedell!
Posted by CMRracingproducts at 12:51 No comments:

CMR receives regular updates from our customers. This one is from Philippe Ronne in France who rides a CMR-framed Yahama TZ750. 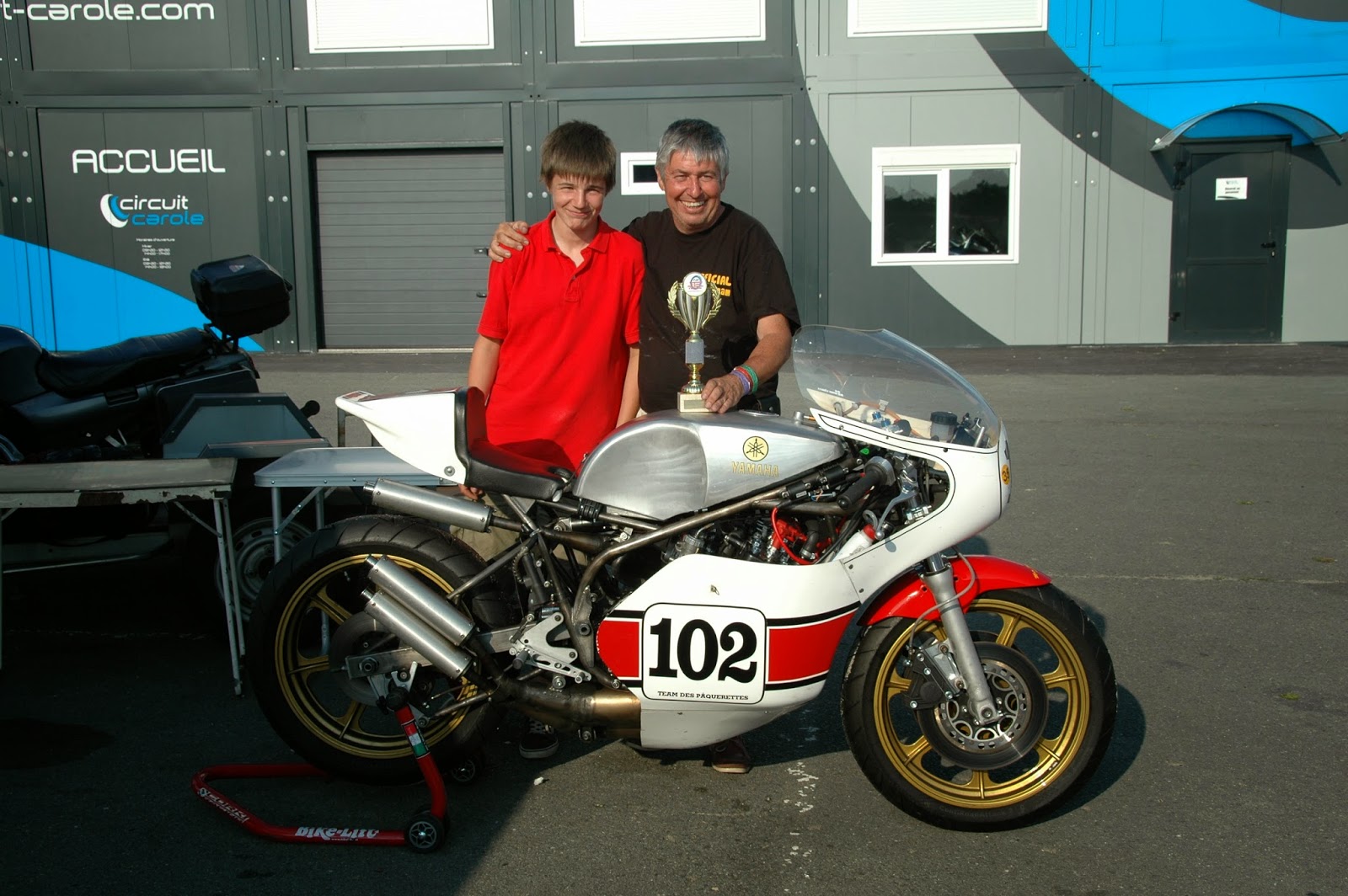 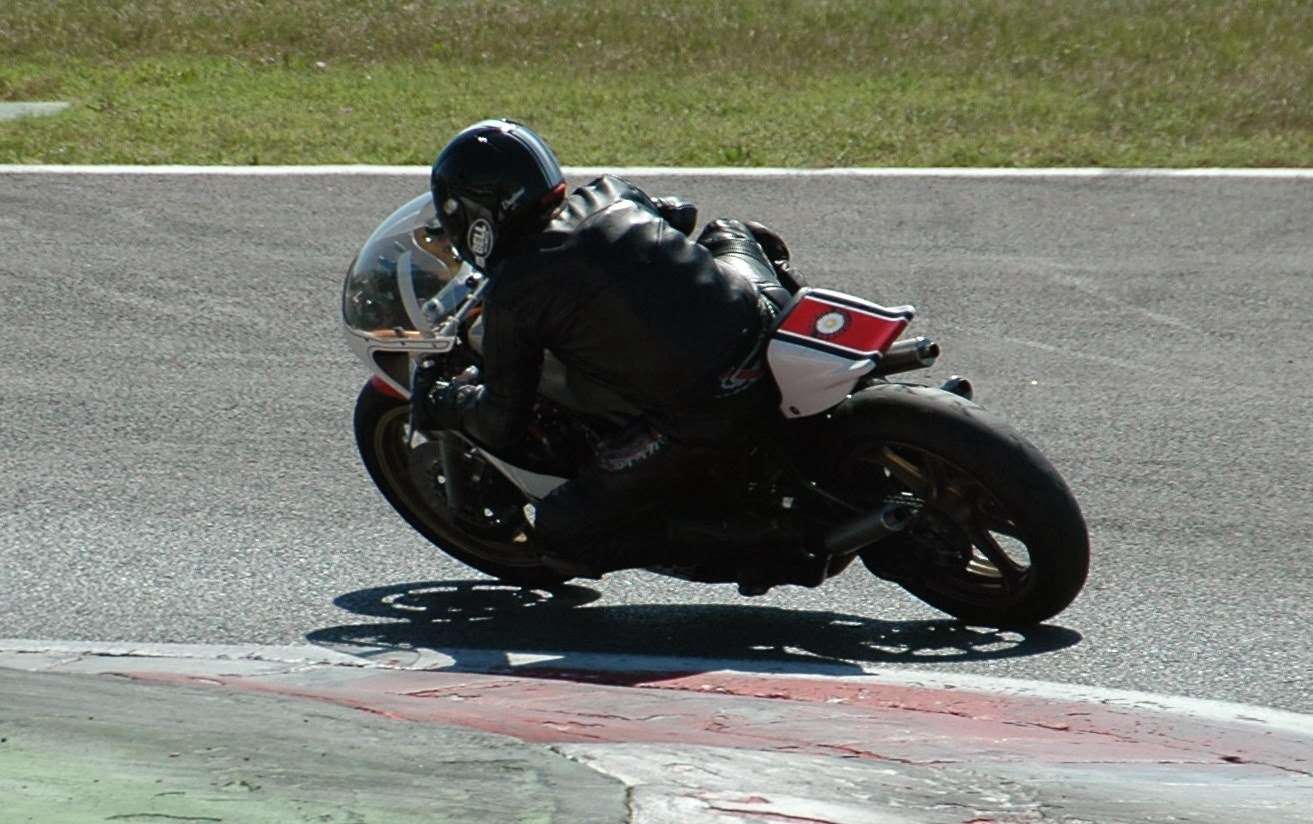 
The First Round took place on the beautiful track of Circuit Paul Ricard. It’s a very fast track in the South of France but very slippery when wet. At the beginning of April the weather was cold with many rain storms. It was my first race on my brand new CMR TZ-750 and I was not ready to crash it. I rode very carefully but scored 6th place overall on the grid and 2nd in Post Classic 900 category.

Race #1 started on a wet track and I was not ready to use full throttle with this bike yet. I finished 16th (5th PC900). Race #2 was much less stressful and I took 5th place overall and 2nd in my category. After the first round I stood at 4th in the French Championship. The bike is well born and I need to get more experience on it... 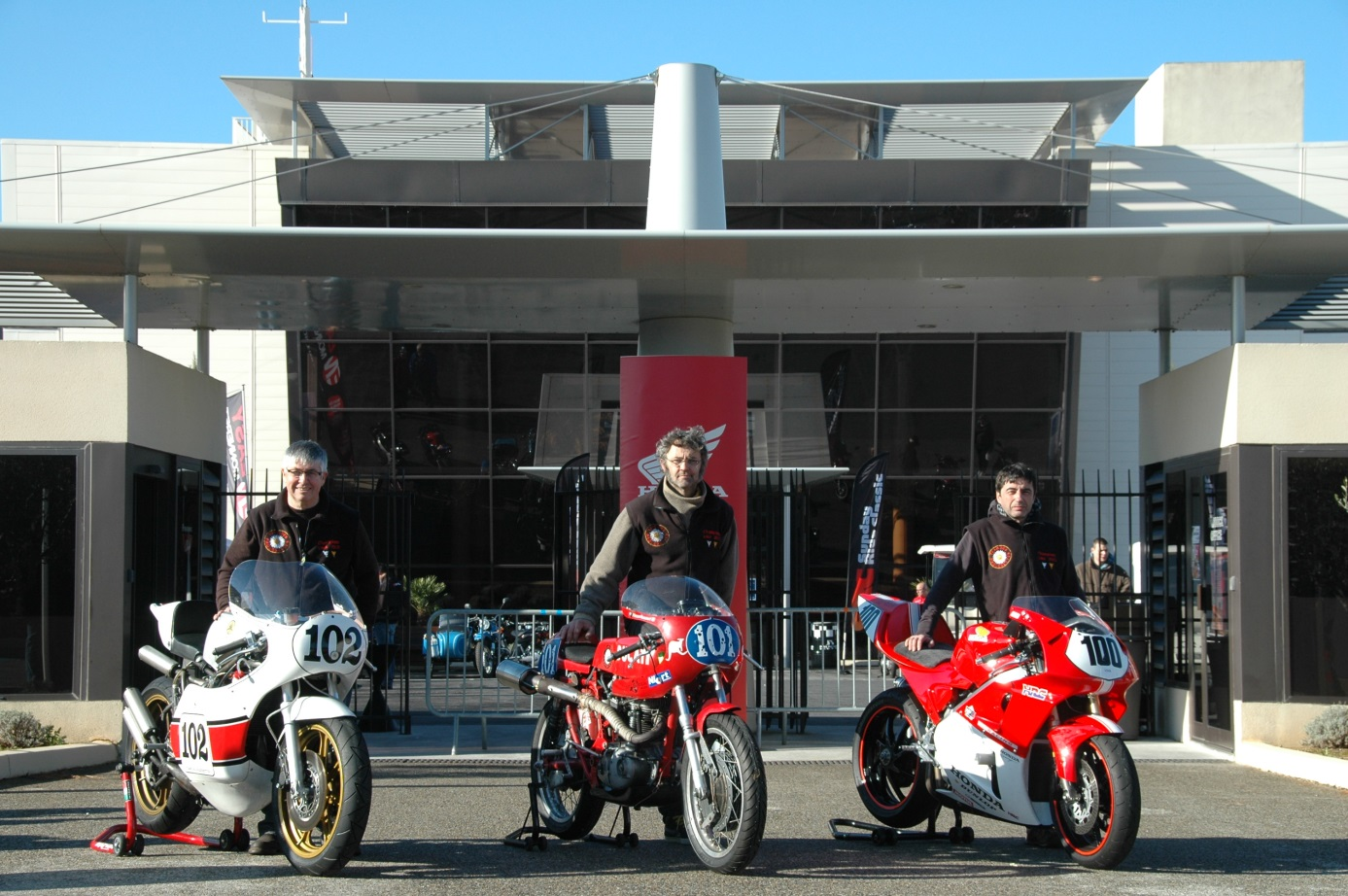 Crois-en-Ternois April 28th
The Second Round was in Croix-en-Ternois in the north of France. The weather was still cold and very wet there and I was still afraid of the bike's performance on a wet track. I placed 11th on the grid (9th in PC900) after the Qualification race. There were three races, but just two scoring for the French Championship. A spectacular rainstorm occurred just before Race#1 began, and I decided not to start.
Race#2 was much better and after a nice fight against a Suzuki RG500 I finished 9th (8th in PC900).
Race #3 was even better and I took the 7th place and 4th in my category.
I was rather happy about my weekend as the TZ was not the best choice for this short track. I now stood at 3rd in the French Championship. 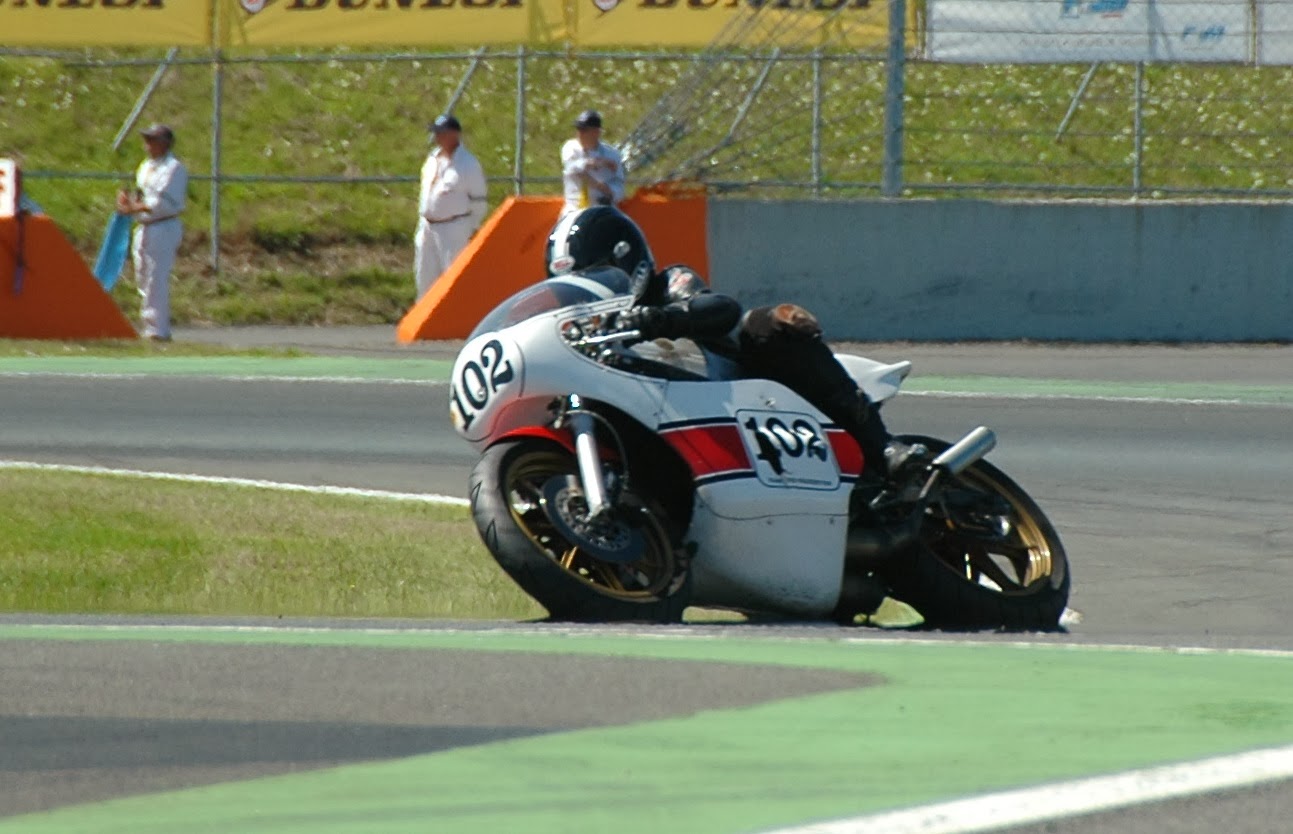 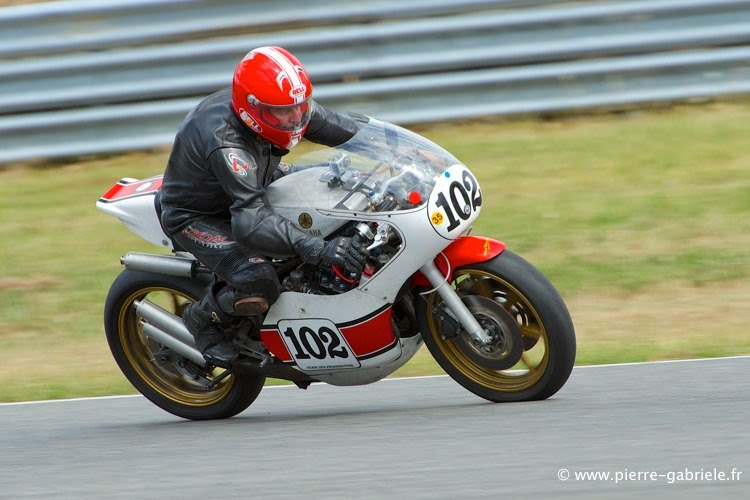 Haute Saintonge May 19th
The third round was held on another rainy weekend with flooding in the paddock and on the track. I scored a disastrous 23rd place in the qualification race with tons of water on the track.
In Race#1 I tied my best to go through traffic quickly, but I suddenly lost my clutch at the mid-point of the race and finished 21st (7th in PC900). I tried to repair my clutch for Race#2 but the clutch basket was broken and I could not take my place on the grid. This was a very bad weekend as I slipped down to 5th Place in the French Championship. 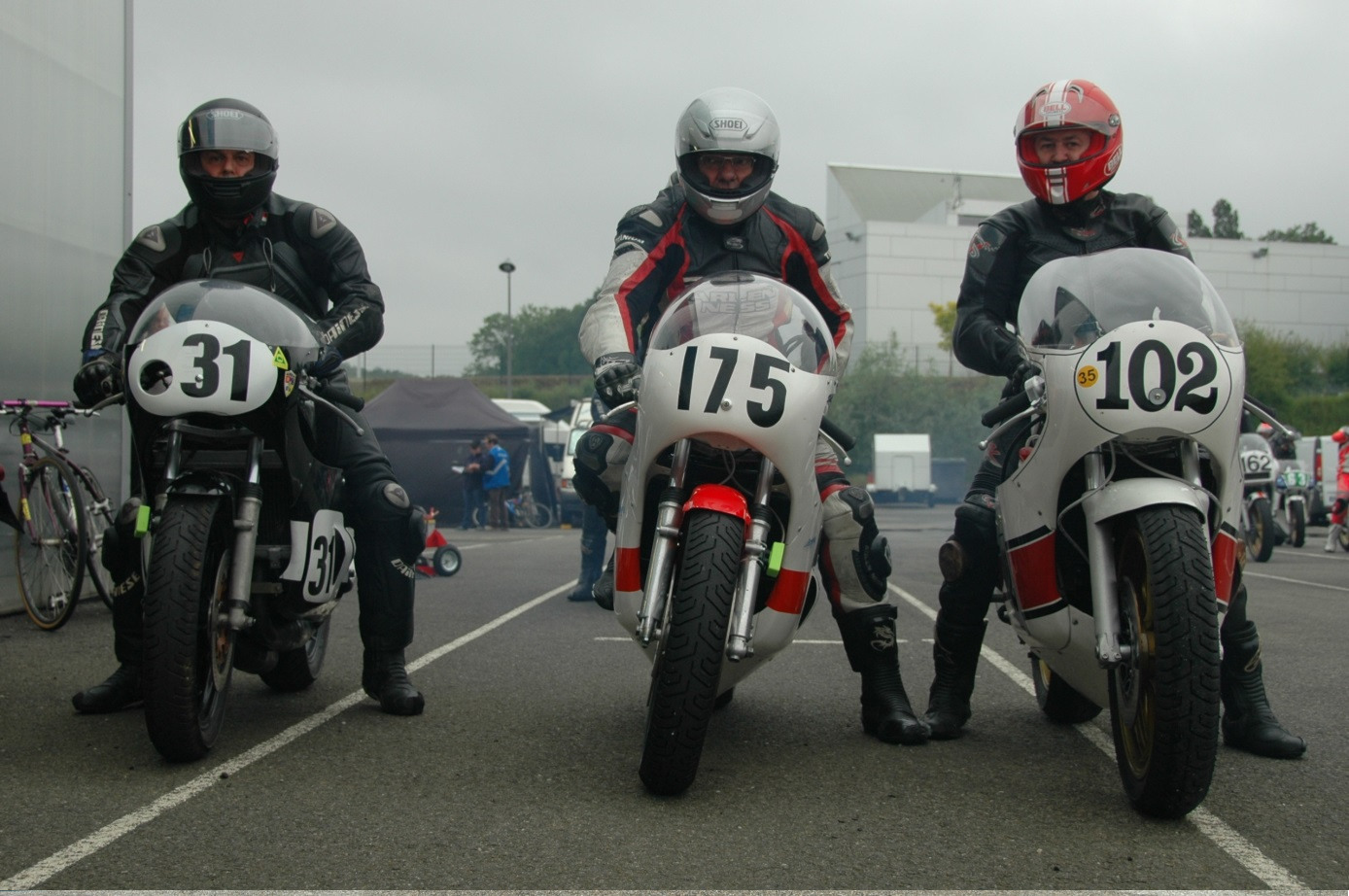 Nogaro June 2nd
The Fourth Round was held at one of my favourite circuits! I was born 30 miles away and I love the beautiful sunny weather in the south of France. But this year the weather was very wet and we even got a rain storm.
12th place on the grid: I could have done better!
I had a disastrous start to Race#1 and was last into the first corner. I managed to finish 16th (4th PC900).
Race #2 started on a wet but drying track. I could not manage to keep in contact with the front runners and finished way down in 22nd place and 8th in PC900. I was still waiting for nice weather and a good race. I felt I was very lucky to remain 5th in the French Championship but my challengers were pushing very hard.

Carole July 8th
The Fifth Round and it was our first sunny weekend of the season. I tested my new Continental tires and they seemed to be quite efficient. I achieved 2nd row on the grid and first place in PC900 in the Qualification race.
In Race #1 my start was poor but I finished 5th overall and 1st in my category. Race #2 was very good and I won first place in PC900 again. Two wins and the fastest race lap: a nice weekend and I moved up in the French Chamionship to 3rd place.

Le Mans July 22nd
The Sixth Round at the Bugatti Circuit held great promise for the CMR TZ-750 and the weather forecast was favourable. 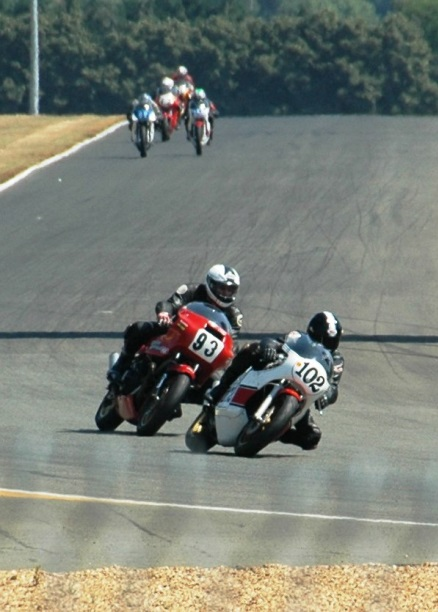 In the Qualification Race I took 9th place overall and 1st place in PC900.
In Race #2 I finished 7th overall and 1st place again in PC900. I was very happy as this was a very good weekend with two wins in PC900 and the bonus for the fastest lap of the race.
I was now leading the French Chamionship and very confident for the future.

Magny-Cours August 4th
In the Seventh Round the rain returned and I qualified down in 31st place. I was disappointed. In Race #1 from the 11th row on the grid I gained 6th place overall and 1st place in my category.
In Race #2 I took 7th overall and 2nd place in PC900. I also took the bonus for the fastest lap again. That wasn't too bad at all considering the qualification position! 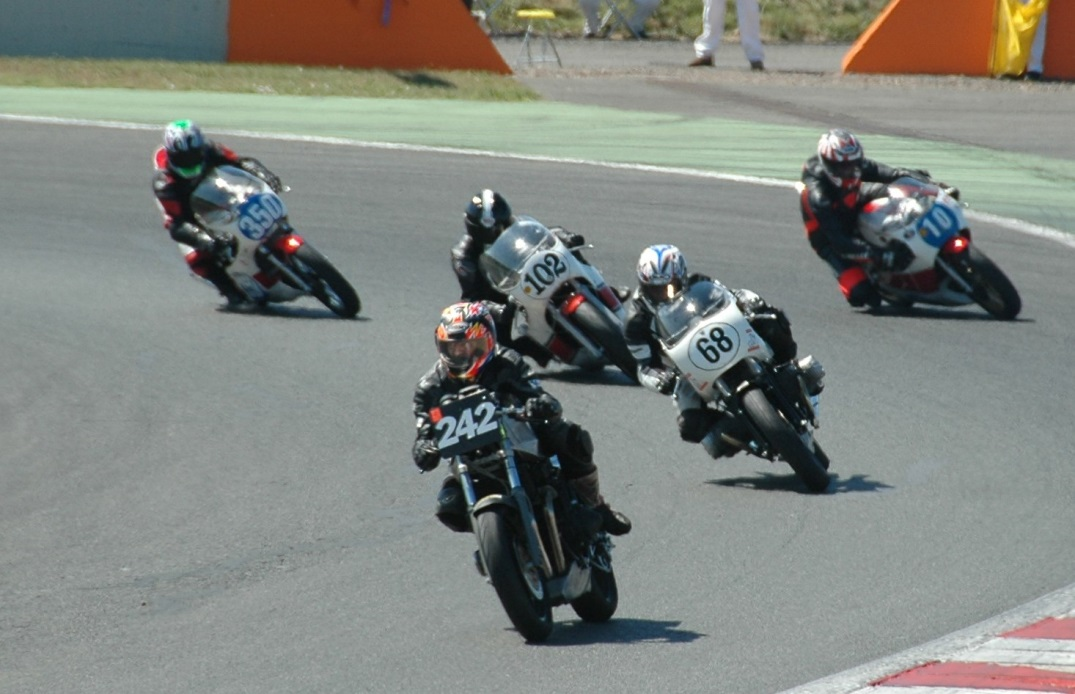 Pau September 15th
The Eighth round and I was really looking forward to this track which has a very interesting elevation changes similar to Spa-Francorchamps. I felt rather confident being in a comfortable first position in the French Chamionship with only two races to go!
After only three laps in the Qualification race the red flag appeared and we had to restart after a 15 minute stop. As I restarted with cold tires, I lost grip and fell down. There was no major damage but a heavy rainstorm erupted and we had to repair the bike in bad conditions during the night. In the morning I had no time to try the bike out and had to start the race with my brakes a little spongy. After ten laps and just as I got to second place I lost my brakes and had to lay the bike down. It was a very serious crash but I wasn't injured, however the TZ was heavily damaged and I could not start for Race #2. 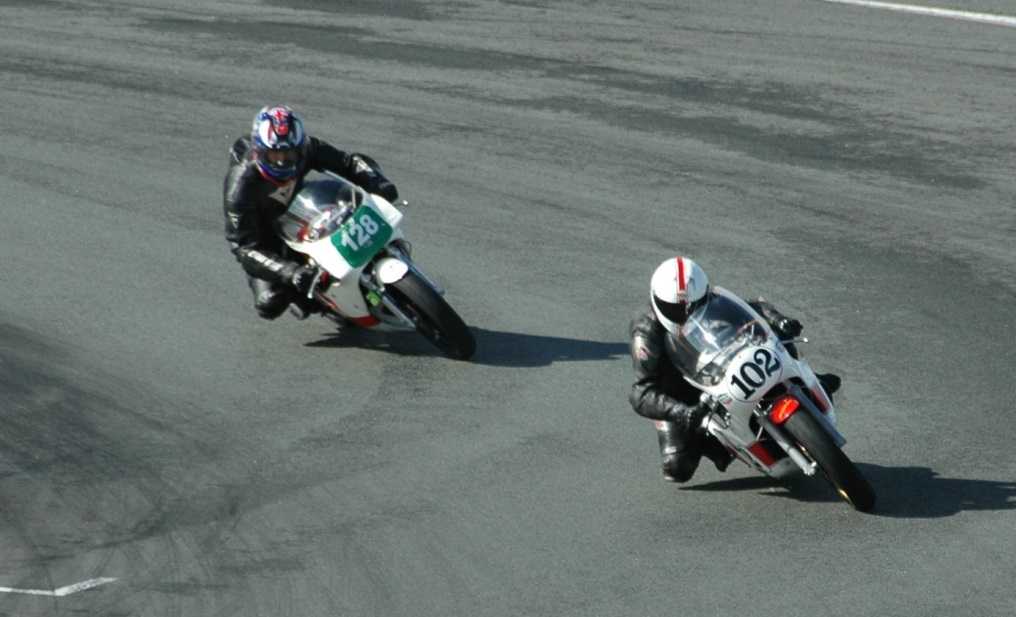 Le Vigeant October 20
Final Round of the 2013 French Championship.
This race weekend was a succession of my mistakes and my bad luck!
The weather was again very cold and rainy and I chose the wrong tires in the Qualification and Race #1. I took 22nd on the grid and could not control the TZ on the track. The tires were slipping in every curve and I finished Race #1 way down the field in 26th place (5th in PC900). I changed tires before Race #2 but it started raining heavily again and even with the new tires I could not follow the racers ahead of me. I finished 22nd overall and 6th in my category. 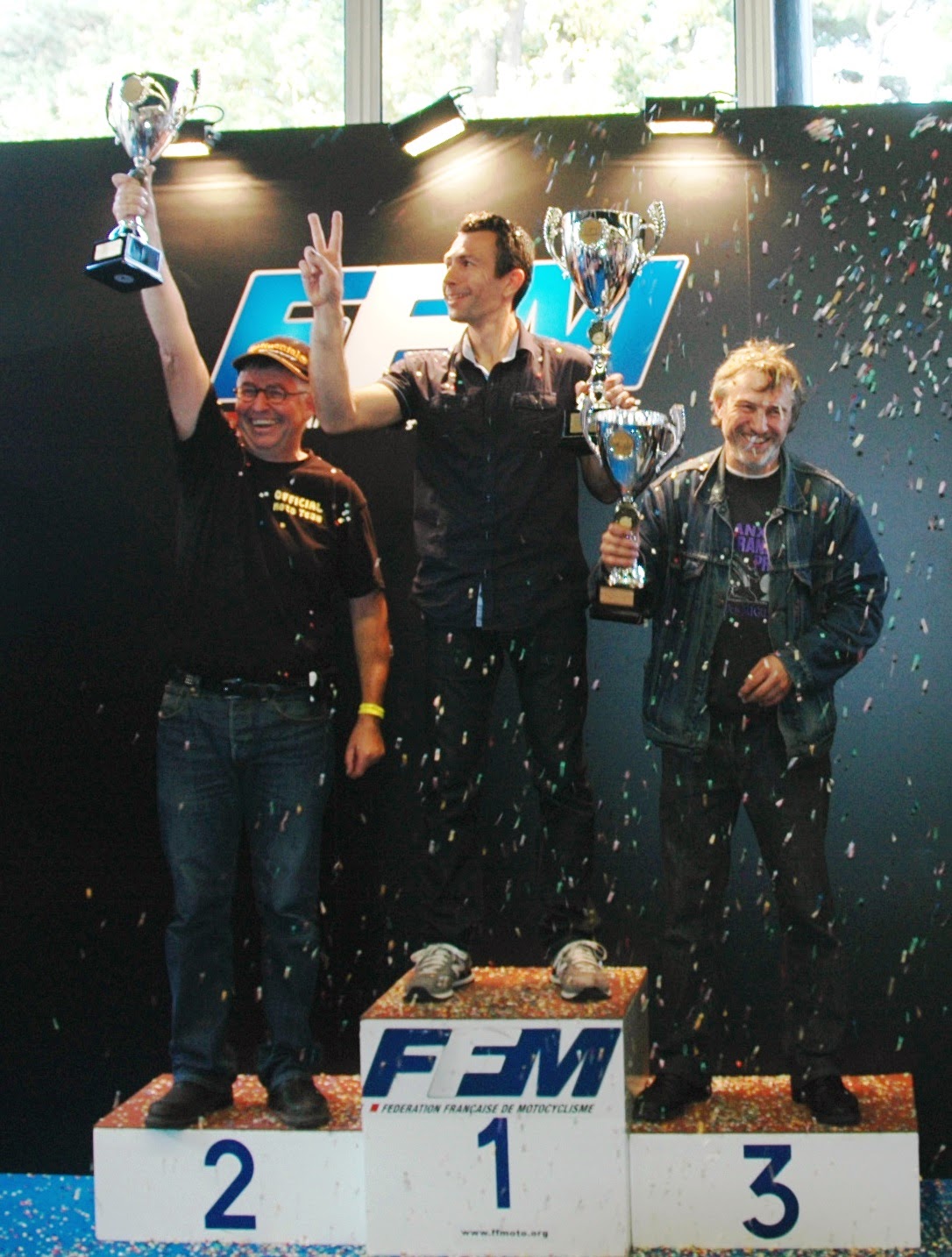 Many thanks to Denis and Byron, and the CMR Racing Products Team, for the very nice work they did on my CMR Yamaha TZ-750 Frame, and Swing-arm kit and fuel tank kit and accessories.

For more photos of Philip Ronne's CMR Yamaha TZ750 project follow this link to our CMR Facebook page.
Posted by CMRracingproducts at 12:06 No comments: