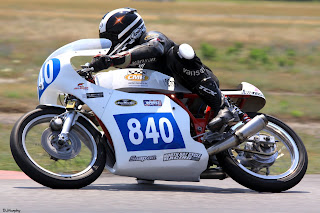 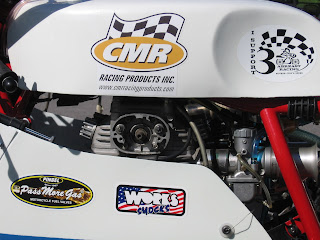 Posted by CMRracingproducts at 18:38 No comments:

Another update from our customers in Europe 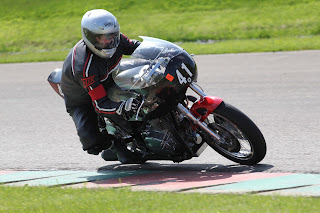 Another European team, the Belgium-based duo of Dirk DeWinter and Dirk DeWalschaerts, has recently purchased a pair of CMR Drixton MkII Yamaha XS650/750 frame,swing-arm and fuel tank kits from us. The pair use Heidentune in Holland to build their motors; they are contesting four-hour endurance races. Their first race was at Lieges in France. Here are some shots of the event. 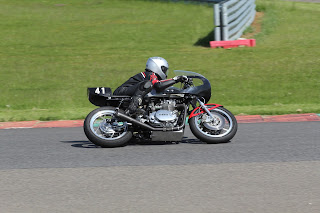 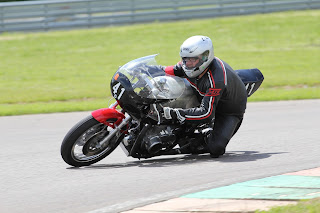 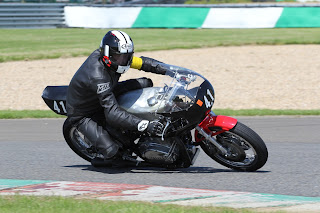 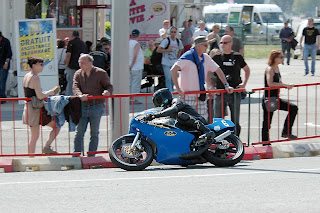 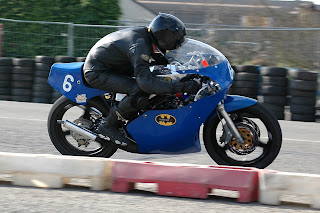 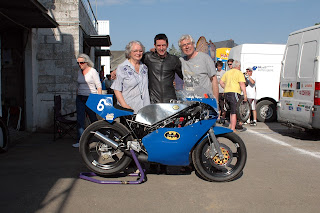 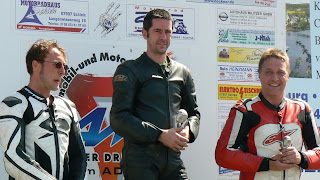 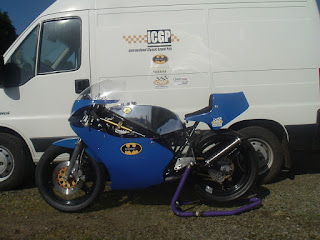 Lew approached CMR in 2010 regarding a single CMR frame for his team and now he has two CMR-framed bikes competing. We appreciate Lew's confidence in our product, and follow his team's exploits with great interest.
Posted by CMRracingproducts at 18:16 No comments: